Watched an interesting Kenyan drama on the plane about the relationship between a Kenyan man and his second wife in a rural village.

Finally we made it to the capital of Madagascar – Antananarivo.

We stood in line for a visa behind another American couple who was on their honeymoon and had gotten married the same day as us! That’s where the similarities ended tho – they had no real plans, were going to be gone for 2.5 months and were going to travel backpacker style through Africa. They were international aid workers and had met in Bagdad during the war so you could say they were pretty comfortable traveling that way. It has been years since Christian and I visited a developing country and we wanted a more relaxing if shorter trip so have decided to opt for a more luxury route this time.

Speaking of which our guide Jackie and driver Roy picked us up at the airport and took us to our hotel after stopping at the office to finalize our itinerary and on the way to get some decent fast food.

Our guide pointed out all the sights along the way. There are 2 million people in Tana as they call the city for short. There are rice fields in the city but mostly shacks and people everywhere with a few modern fancy looking buildings here and there for the small upper class. It reminded me of Manila in that way. Madagascar is one of the poorest countries in the world I am told.

Our hotel called Pavillon de l’Emyrne was a 1930s European fancy style hotel which was in decent condition. We did not have any time to look at the antiques since we ate and immediately passed out at 6 pm. 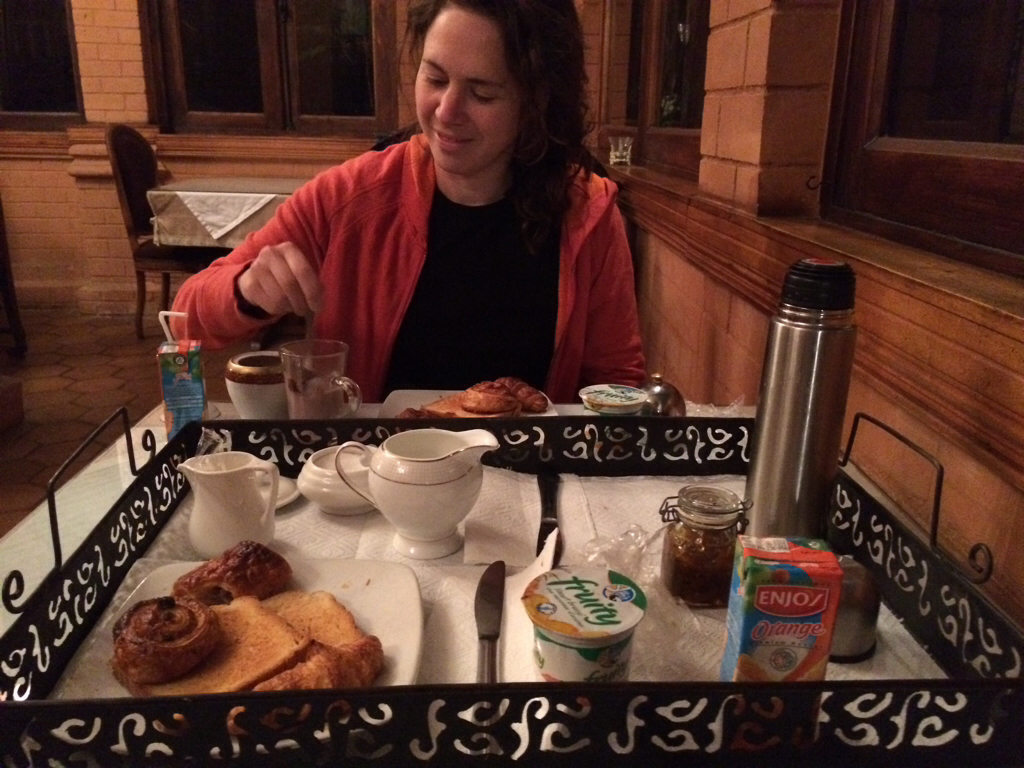 Definitely feel like royalty here -almost every food item down to the condiments have their own beautiful little dish.